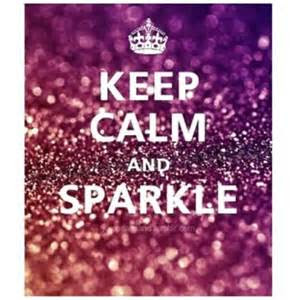 The ideas are there. The outline is done. Many, many pages are down. I even started the final chapter--something I NEVER do.

But a week or so ago? I quit! I was moving along and then BAM. I kept opening the Word doc and staring at it. Or writing a sentence. Or editing what I'd already written. Nothing new. Even though it's all right there and ready to go down on paper.

Instead, I've done a zillion other things: finished the first unicorn book final draft (!), wrote a new proposal, attended a H-U-G-E beyond H-U-G-E meeting that could change Canterwood forever, and some other stuff, too. But Home for Christmas? To borrow a line from Titanic: "Now, it exists only in my memory."

Not really my memory, but you know what I'm saying.

So, writers, series writers, readers, bloggers--do we ever block ourselves either subconsciously or consciously?

Am I not writing HFC because it's the last book in Canterwood Crest? Possibly. You probably know the long, boring story of how it started, but check my Website if you don't.

This is going to sound SO DRAMATIC, but it's the truth: Sasha Silver saved me when I didn't know how to save myself.

I was a nineteen year old obsessed with college and writing nonfiction. I was in an environment where I could control nothing except my body, which manifested as severe anorexia, and my work, which I did a LOT of. If I wasn't studying or writing, I saw it as "wasted time."

I was six years into a nightmare of a lost dream that I couldn't let go of. Six years since I'd been told by doctors that I couldn't be a competitive rider (or a regular one, for safety's sake) because of severe scoliosis. I was 13 and the dream that I'd put my soul into, breathed, and bled for was taken away. By something I couldn't control. I had two titanium rods and a bunch of screws inserted into my spine. Oh, they sawed off one of my ribs, too, and used that to fuse the rod to the bone. Risk of paralysis was high for the surgery, but part of me didn't care. I'd been a rider since I was five. If I couldn't do that--what was the point of having working legs?

Fast forward to the six years where I erased horses from my life. Upon receiving the news from my doctor, I tore my room apart. Down came all of the horse posters from Target. Into the trash went years worth of issues of Horse Illustrated. The Saddle Club, Thoroughbred, Pony Pals, Pony Tails, The Black Stallion, books by Marguerite Henry, The Horse Crazy series by Virginia Vail, Black Beauty, National Velvet--the hundreds of horse books that filled my room went into boxes. So did the movies. I asked relatives not to send me horsey calendars. I donated my riding clothes and any shirts with equestrian slogans.

I was OUT of horse world. Done.

October 2006: I heard about National Novel Writing Month. It was my senior year of college and I decided to sign up. Yes, I would write a book in 30 days during November. Awesome! Except I had no ideas. I checked out every fiction writing guide from my library and tried a million techniques for writer's block.

One night, just two or three days before 11/1, I "saw" Sasha. Her story ran through my brain and wouldn't go away. It bugged me so much that I got out of bed and wrote it down in hopes it would go away. No way was I writing about horses. November 1st arrived and I opened a new Word doc, ready to write a novel.

It wasn't painful as I'd feared. It was the opposite--I was riding again through Sasha. I felt her pain when she messed up a jump, the elation from a good gallop across the field, the giggly feeling of being on a trail ride with her besties.

Sasha and Canterwood have been part of my life for 7 years. I've been "riding" for 7 years and maybe I'm scared that's going to stop.

But I have to remember that *I* am in control now. I have MANY other horse stories to write. :) I have non-horse stories, too, that are asking to be told. Whatever I decide to do, I can always start a new horse story. With that, I think I'm ready to get back to HFC. That and because I'll be sent to Author Jail if I'm late turning it in! ;)

As Sasha would say: 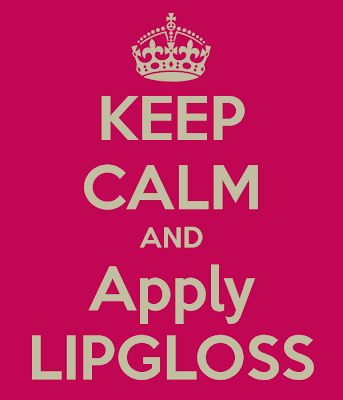 Team Canterwood is glad you wrote Canterwood, too. Sasha Silver saved US. My life would be totally different without Canterwood- it's what keeps me sane. Waiting for the next Canterwood book to come out is a reward for my hard work in school. I'm sure this applies to the rest of TC. We heart CCA! Thanks for sharing something so personal.

On the other hand, a meeting that could change Canterwood forever?!!! I cannot wait until you can tell us!

Counting down the days till Jealousy!

~A member of Team Canterwood

Maybe because I eschew this write-every-day rule, I don't know what writer's block is. Shouldn't have said that,lest I'd be inviting the wrong currents... NOT. ;)

Wow, that was so inspiring. The making of CCA, right in that post. I've had writers block so many times before- I have awesome and bad days. Don't and never give up, Jess! You are so right, you have so much more to tell, and I will read it all! :) Such a Sasha pic, by the way!
Hey, how's Kate? And whens Wellington coming out?
-Your Number One Fan (for real)
Nora

I think sometimes when we're having trouble focusing on a project, it's because we need a break from it. (Which can be super inconvenient when we're on deadline!) But I hope you're able to push through and ENJOY working on the last book. :-)

I know, right? I HATE writer's block. I usually get it when I'm trying to write, and then I go do something where I can,t write and I think of everything I want to sit down and write and BAM. It's gone again. But I am so proud pf my favorite author *ever* for writing Canterwood for so long and never giving up! I'm so excited for Famous. Two weeks, one day. Argh! That's too long for me to wait!
Love you, Jess! I agree with Nora, how's Kate? I've been praying for her and I hope, hope, hope she gets better!

Wow, that was really awesome, to hear how everything came through. We're all super glad you wrote the series. Keep on writing, and remember, we love you and your books!
And I know, writer's block is frustrating. :/ I always have it when I don't need it.
Anyways, keep on writing, Jess!