VIOLET AND RUBY, BFFS 4-EVER!

So, this website is the first visible evidence of me and my best friend going into business together. It’s like a childhood dream, owning a company with your BFF. But as you grow up, it seems like a really, really bad idea. You think about the fights you might get in—over money, who gets to make all the decisions, who is better at doing whatever and who is jealous and why. You worry someone might get hurt and, ultimately, you worry that you’ll ruin your friendship.
But you know what? I've never had that worry about Violet & Ruby. And there are two reasons why.
One: I never knew the true meaning of “best friend” until I met mine a few years ago. Sure, I’d had friends I’d worn friendship bracelets with, or made BFF friendship notebooks with—notebooks that declared “best friends forever!” But this girl, she means so much more to me than a bracelet or a notebook. When we hang out, I never get bored or annoyed with her and wonder when she’ll leave or when I can go home. I can spend all day and night with her and call her when she gets home and still have a marathon phone call with her. We finish each others’ sentences, love the same things, own many of the same items of clothing, and get asked almost everywhere we go if we’re sisters. 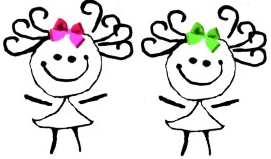 Two: I met my bestie DOING business. We were in business together first, and became best friends later. We were partnered together, long distance, as author and editor on a series called CANTERWOOD CREST. We started talking on the phone once in a while about things non-Canterwood-related. But then something life-changing happened. I learned I was going to have to get a spinal fusion surgery. Even though I’m an adult, the idea of surgery on my back terrified me! I told my friend over the phone, who also happened to have had that same surgery—and she was amazing. Even though she was nervous for me, she talked to me all about her experience and made me feel so much better and like everything was going to be all right.
During the time I was out of work to recover from surgery (two months!), and even though one of us lived in Brooklyn and one in Florida, we talked every day for at least a couple hours a day. We planned the time in advance, both made tea before our calls, and spent hours talking and laughing and telling each other things about ourselves that we’d never told anyone else. Eventually, we visited each other and decided we couldn’t live so far apart. Just three months later, we were both living in the same exact neighborhood in Brooklyn! 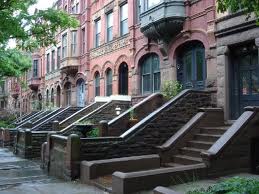 We decided to start Violet & Ruby one night when we were painting our nails. We have a ton of beauty rituals that we do together all the time—facemasks, mani/pedis, online lip-gloss shopping, and slew of shared accessories. We started talking about how cool it would be if we made a blog where we posted about all of our favorite things: fave glosses, makeup, nail polish, TV shows, books, etc. 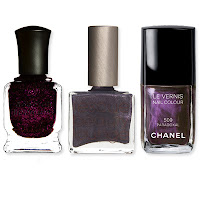 We agreed on the blog . . . and then Violet & Ruby became Violet & Ruby Productions. The latter still included the sparkly website, but it also included something just as cool: a packaging company partnership that consisted of just the two of us. We’d brainstorm the way we always did for Canterwood—but we’d brainstorm ideas for other books and novellas and then we’d write them together! A few months later, here we are. Our first real project, with an e-novella close to being published! And you know what? Every day has been so much fun. We don’t fight, we haven’t stopped finishing each others’ sentences, and we’ve already come up with a ton of ideas we’re both super proud of—ideas we can’t wait to execute together.
Cheers to that old middle school saying that we’ve both discovered is as true when you’re an adult as when you’re in middle school or high school: BFFs 4ever!
xx,
Violet & Ruby
at January 28, 2011