I've been promising an announcement for some time and TODAY'S THE DAY! I absolutely can't hold it in any longer. :) I wanted to do it via vlog, but I have a cold and sound like Snuffleupagus! LOL. So I'll do my very best to convey my CRAZY excitement via blog!

I've been holding onto this news for months and oh, my, it has been SO hard not to spill!! Only a handful of close friends know and I'm thrilled to finally be able to tell everyone else.

The series, currently untitled, is a chapter book series for kids ages 6-9 (roughly) and it is my first EVER time writing fantasy! 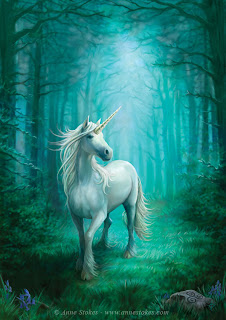 What kind of fantasy? How about one centered around unicorns? :) It felt like such a natural step to take after Canterwood and it has been So. Much. Fun. I've written the first book and had a blast doing so. The series will be edited by the awesome Alyson Heller at Aladdin. I'm thankful to Fiona Simpson for her interest and notes early on. Also, huge thanks to Kate Angelella for helping talk this project through and flesh out concepts.

Alyson is just as excited as I am about all things magic, unicorn-related, and did I mention, princess-y?

The main character is a princess and writing as a princess made me want to move to a castle, LOL. 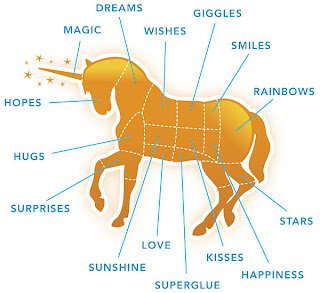 The entire world is superfun and magical! I can't wait to share it with you! 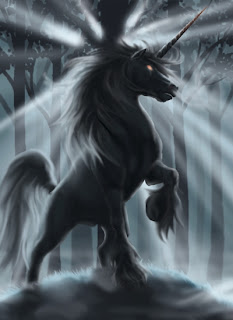 Of course, not everything in the books are sparkly and happy. Evil creatures, including some baaad unicorns roam the lands. 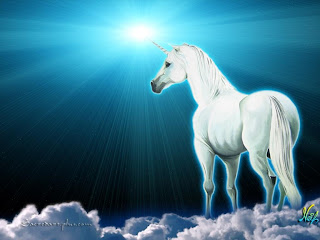 Ultimately, the series is about a girl and her unicorn--her best friend. They're about to embark on some amazing adventures together.

The first two books in the series have a tentative publication date of summer 2014.

Yaaaaaay, unicorns!!! :D I'm so, SO glad I finally got to share and hope you're as excited as I am.

For those of you who might remember me stating that I have multiple announcements--that's still true! I can't say anything about the other surprise yet, but I will the second I'm able! It's thrilling in a completely new way. :)

I've been collecting unicorn stuff since I made the book deal and I'll be sure to snap pix and post them on Facebook and Twitter of what I've got. If YOU have anything unicorn related, I want to see it!

Awww! I love unicorns! I know I'm not 6-9, but I'm so excited and I'll read them, I have a weakness for unicorns. Yay! I'm so excited! Love you, good luck!
-CRocks

Yay! I'm so excited for you! I'll definitely be reading these to my six year old sister! <3 does anyone know what happened to Wellington Prep?? Thanks for CCA, I'm proud to say I read every one over again and I'll keep doing that! ;) Have fun on your *new project*!!

:) Two series to look forward to- Wellington and of course, the unicorn series! Can't wait!

Can't wait!!! Could you please update Lauren's blog? I know you have deadlines, and I completely understand that, but could you please just do a short post? Team Canterwood needs our Lauren! We can't survive until June for Famous to come out! Please update it! (I'm being like Drama Queen Khloe now ;) )
Thanks so much!
Xoxo