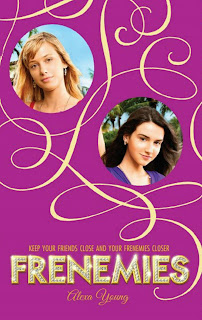 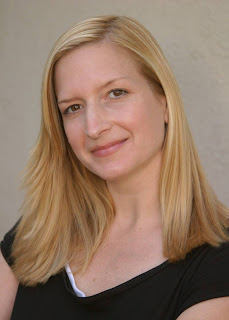 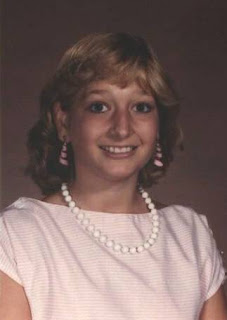 Best friends Avalon Greene and Halley Brandon have big plans for eighth grade: Not only are they coauthoring a fashion column for their school’s online newspaper, but their celebration of their forever friendship is sure to be the blowout party of the year. But when the girls begin to disagree about…well, everything, these two besties turn into full-blown worsties. From sharing custody of their puppy, Pucci, to drawing up a list of who gets which friends, Avalon and Halley discover what happens when you battle the person who knows you best—and isn’t afraid to use your secrets to get what she wants.

What was one thing that kept you in your seat and working away on FRENEMIES?

Well, I guess the obvious answer would be the deadline—and that was a definite motivator (especially because the deadline was pretty tight!)—but honestly, as sappy as this sounds, it was the fact that I was incredibly inspired by the concept and the characters and was having so much fun with it (at least, most of the time). Also, working with a bunch of ridiculously talented editors made it not just enjoyable, but educational—and I was desperate to impress the hell out of them.

What chapter was the most fun to write?

OMG. That’s such a great question, and it’s so hard to pick just one. (Because, you know, every chapter is amazing and I am such a phenomenal writer.) Seriously, though, since you’re forcing me to choose, I guess I’d say “Wade’s World”—the chapter in which Halley goes to watch her crush and his band performing at a super-exclusive party. I won’t spoil it by revealing any of the other details, but I thought there were a lot of really funny and poignant moments. Honestly, all the scenes between Wade and Halley were fun to write because I got to go to that mushy, gooey, lovey-dovey, boy-crazy, lead singer-obsessed place that…um…I don’t miss at all now that I’m married. :)

How was the transition from writing magazine articles to penning fiction? What would you say to someone pondering that leap?

It was easier than I’d expected it to be—but then again, I expected it to be a major shift. Because of all my years as a magazine editor and journalist, I felt like I didn’t have a “fiction-friendly” voice. But as I mentioned, the concept of Frenemies—two best friends who become worst enemies—completely inspired me. Suddenly, I couldn’t stop thinking about my own middle school experiences, as well as bits and pieces of my friendships and relationships in general. I also realized that perhaps I haven’t matured all that much since I was twelve or thirteen—which might be a bad thing in a lot of situations, but not this one. :) So, I almost immediately found the voice, I had the characters, I had what I needed to make the leap. Given all that, I guess I’d say that if and when you come up with an idea that feels really inspiring, just start writing. If you’re able to keep going and going (say, beyond a chapter or two), chances are you’ll finish the manuscript and you might actually sell it. BUT: Do not give up that day job! Of course the big dream is to one day focus exclusively on books, but for the moment I’m still writing for magazines on the side—partly because I enjoy it, and largely because I need the cash!

Did you reward yourself for finishing the book? If so, how?

Wait…the book is finished? You mean I can’t make any more changes? I’m kidding…sort of. I think I cracked open a bottle of champagne with my husband after getting word that my manuscript had been accepted. But I have to say, I need to be better about celebrating these kinds of accomplishments. I have a really hard time giving myself credit for anything I do. If it goes well, it must have been because of dumb luck or somebody else doing all the work. Of course, if it goes poorly I’m the first to take the blame! (Yes, I’m tragic.) I think the other issue is that books tend to go through so many drafts and revisions, it’s hard to believe it’s finished until I actually see it for sale in a bookstore.

What advice would you give to a girl dealing with her own frenemy?

Oooh, I could write a novel on that. Oh wait…! :) Honestly, it depends on the situation. If it’s a matter of two people heading down different paths and becoming radically different from one another (part of the problem with my Frenemies protagonists), I would say it’s worth just taking a step back, but not lashing out (like Halley and Avalon do) and not calling the relationship off altogether. Explore your separate lives and interests and, if you’re meant to work things out, in time you may get some perspective or circumstances may put you back in a place where you can or want to re-connect. Of course, if your friend has actually betrayed you, intentionally and maliciously, you obviously need to cut all ties with her. That can be easier said than done, but I think it’s important to let her know she’s hurt you, and to express your desire to end the friendship. (Don’t give her the silent treatment; try to make a clear break by telling her how her behavior affected you. She should be told!) Finally, if it’s a case where your friend has just slipped up—done something that may not have been intentional—and especially if there’s a long history there and a genuine desire to work things out, then you need to open the lines of communication and talk through the situation. Again, that can be easier said than done—but worth the effort. Part of why I was so inspired by the idea of Frenemies is that I think friendships can be so much more complicated than romantic relationships. I mean, you can’t exactly break up with a friend and then say, “But I hope we can still be friends…!” Or can you? (AHA!)

Describe yourself in three words.

If you weren’t on a deadline and had a week off from writing, where would you go and why?

Oh, man…in a ridiculously ideal world (with plenty of money and a highly skilled babysitter, for starters), I would probably jet off with my husband to the Ionian Islands in Greece because we’ve been dreaming of going there for years and neither of us has been. Las Ventanas in , is another one of our dream vacation spots. There are so many other places I’ve been wanting to revisit, too, like Galway, Ireland (where I studied for a year in college and where I still have friends); Siena, Rome and Florence in Italy (where I traveled after my year in Ireland, and where the food, coffee, art, architecture, and people are just amazing); and Lizard Island in Australia (where I snorkeled thisclose to the Great Barrier Reef as a teen). I guess I could write a novel on this, too. :) Maybe for my next series…?

What’s next for you? Any upcoming projects we can look for soon?

I’m cranking away on the second book in the Frenemies series, which is scheduled for a January 2009 release, and I’ll be writing a bunch of magazine articles that may or may not be of interest to your readers…but they should definitely check my blog or website in case I do pen something worth reading. (Hey, it could happen!)

Thanks so much for having me, Jessica. You are a lovely person, a great interviewer…and I’m still a little annoyed (er, I mean impressed) that you’re so accomplished at such a tender young age.

JB note: Oh, darn. I annoyed the guest, LOL. Thank YOU for coming, Alexa! Everyone, definitely check out FRENEMIES and hop over to Alexa's blog.

ALEXA YOUNG spent the first several years of her professional life working in the music industry—for the legendary Capitol Records and the irreverently funny trade magazine HITS. She subsequently worked as an editor for the now-defunct teen magazine JUMP, as well as for the #1 women’s fitness magazine in the country, SHAPE. As a freelance writer, she’s contributed to a number of national consumer magazines, including Marie Claire, O: The Oprah Magazine and Family Circle. She holds a bachelor's degree in Literature/Writing from the of , , and lives in the area with her husband, son and dog. FRENEMIES is her first novel.

Okay, if you like what you heard and you want to WIN, listen up! Alexa's giving away TWO signed copies of FRENEMIES to lucky commenters! To enter, leave a comment here (on Blogspot) or on LiveJournal. Or both places, if you so choose. On Monday morning, I'll draw one winner from Blogspot and one from LJ. You have until Sunday night at 11:59pm to enter. Good luck!!
at May 16, 2008

Sorry about the weird symbols, guys! I have no idea where they came from...

I totally want to win this! I've wanted it for awhile and every time I see a contest for it I enter but then I never EVER win! I'm unlucky...oh well.

I've heard such great things about this book. I really want to read it so definitely count me in for this contest!

i love the cover of frenemies! Great interview!

Happy Saturday! I like her Multiple Personality comment. This book series sounds like it has a funny storyline with many truths about girls and their friends! Please enter me in your delightful book drawing. I appreciate it.....Thanks,Cindi
jchoppes[at]hotmail[dot]com

This book looks so good! It seems like something that would be perfect to take to the pool or the beach and just enjoy in the sun!

Lol, that interview was awesome! Thanks for the contest!

would love to win :)